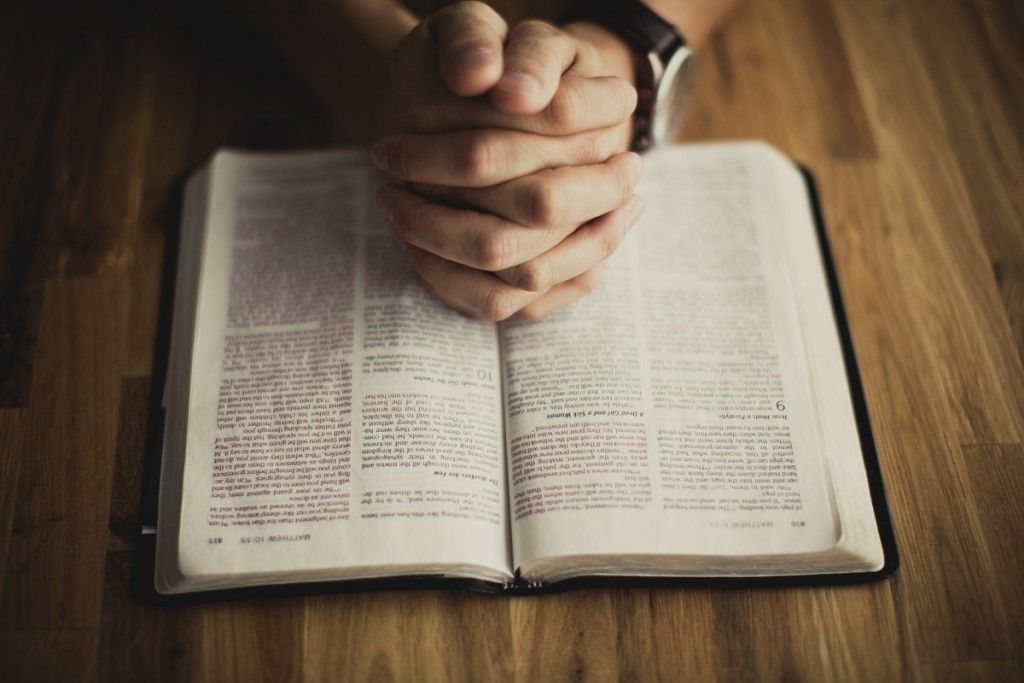 Things were looking good for Gisele’s husband after a simple procedure to correct a hiatal hernia (a condition in which part of the stomach has been pushed upward through the diaphragm). Discharged that very same day, he was resting at home when his condition took a turn for the worse. Increasingly swamped with pain, bloatedness, and a fever that would not subside, he was forced to return to the hospital.

Through tests over the next few days, it was discovered that a bowel obstruction was the cause of all his problems, and another surgery was scheduled. In the midst of feeling discouraged and worried, Gisele suddenly recalled me sharing a few weeks earlier how believers can take charge and command physical conditions to leave by using God’s Word. She shared:

“I told my husband about it and we prayed. I remember commanding the bowel obstruction to be gone in Jesus’ name. Later that night, my husband went for a series of abdominal tests. These were tests that the hospital had been conducting twice daily since his admission to benchmark his progress.

“The next morning, when the tests were being done again, my husband announced that he was feeling great. The doctor was thrilled with his huge turnaround and told us that the blockage, which had been detected in all the other tests done previously, was not found in the last two tests. So my husband was discharged and we went home. Praise the Lord for His beautiful healing touch!”

Notice again what this sister from Texas did. She commanded the problem to leave in Jesus’ name, right there in that hospital room, with her husband’s symptoms so real before her. And the problem had no choice but to go! As believers, we can pray like this because God has already given us authority in Christ, and Gisele’s sharing shows the power and the results we can have when we step up and take charge.

Now, if your turnaround is not immediate or as fast as Gisele’s husband’s, don’t be discouraged and don’t give up. Continue to stand firm and pray using your God-given authority, and before long that problem will have to give way!

Believe God Is On Your Side

Imagine if you could, like Gisele, pray and see a loved one healed. Pray and that strained relationship with your spouse gets smoothed over and restored. Pray and favor is there at work to close that deal with an important client, or get that promotion you need. Wouldn’t that be great?

Because of the cross of Jesus, God hears you and is willing and more than ready to send His abundant supply into your situation.

My friend, God wants all these blessings for you too. This is the reality He wants you to experience! It’s important to know that your heavenly Father is on your side. When Jesus died 2,000 years ago, all that stood in the way of answered prayers—namely sin—was dealt with. Because of His sacrifice and death, you now have direct access to God’s throne of grace and all the blessings you will ever need in this life, including health, healing, provision, favor, and protection. Today, when you pray, because of the cross of Jesus, God hears you and is willing and more than ready to send His abundant supply into your situation. Like Jesus’ reply to the leper’s plaintive cry of “If You are willing,” God says to you today, “I AM willing! I’m willing to provide for you, heal you, protect you, and surround you with My favor! Get ready to receive heaven’s supply!”

Precious people write to me every day to share excitedly how believing right that God loves them, is for them, and provides for them has caused them to receive their breakthroughs. For Rita, a single mum in Virginia, this meant being supplied with a new and better-paying job that allowed her to work from home full-time and spend more time with her children. A family in South Africa received their answered prayer when their three-year-old daughter started breathing again after she had stopped breathing for ten minutes following an accident on the trampoline. In the case of Bill and his wife from California, it was seeing God change bad weather into sunshine throughout their six-day honeymoon, while for Nancy from Texas, God blessed her with a trip to Israel in answer to her simple desire.

Beloved, God is not standing in the way of your answered prayers. We have an enemy who hates us and whose forces try to obstruct God’s provision and healing from manifesting in our lives. But I want you to know that the enemy and his forces cannot prevail against us when we learn to believe right about God, about what Jesus has done for us, and how simple God has made walking in victory for us.

Let me share with you something important: God’s ways are often the opposite of man’s ways. Take for example man’s ways of getting ahead in life. The world teaches us that to be first, you need to be strong, self-confident, and cunning. But God says be humble and He will exalt you (1 Peter 5:6). Throughout the Bible, we see God using people and things that man deems weak or foolish to do mighty deeds for His glory (1 Corinthians 1:26–27).

When an ugly giant of a warrior threatened and insulted Israel, God didn’t send a champion or an experienced soldier. He sent a simple shepherd boy to knock down Goliath. And this boy did it not with a sword or any weapon of war, but with a sling and stone! Against a thousand men of the Philistines, Samson wielded only a sun-and-sand-stripped jawbone of a donkey. And against the established, structured religious order of the day, a bunch of mostly uneducated fishermen known as Jesus’ disciples became the first movers and shakers for the kingdom!

It’s the same way with prayer. In man’s mind, God has to be actively convinced by hard work on our part to move on our behalf and bless us. Have you ever heard people say, “Oh this is a big problem, a serious problem, so we must pray hard [meaning long and/or loud] on our knees before God”? I often wonder where they get such ideas.

Jesus’ prayers that brought forth great miracles were simple commands or declarations.

How does God want us to understand prayer then? When it comes to prayer and how to pray, I’m sure you will agree that Jesus is our best example. At the synagogue where He saw a man with a withered hand, Jesus commanded, “Stretch out your hand” (Luke 6:10). With Jairus’ dead daughter, the Lord said just two words in Aramaic, “Talitha, cumi,” which translated is, “Little girl, I say to you, arise” (Mark 5:41). At the feeding of the 5,000, the Bible tells us that He took the five loaves and two fish, looked to heaven, blessed and broke them, then handed the pieces to His disciples to distribute (Matthew 14:19). What do you notice here? Jesus’ prayers that brought forth great miracles for the people were short and simple commands or declarations that were most powerful.

>> Read Part 2/3 of How To Pray Powerful Prayers 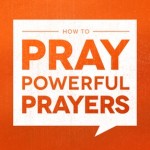 How To Pray Powerful Prayers

Challenges can seem like a looming mountain, intimidating us with a sense of fear and defeat. However, God has a simple solution for you to enjoy His presence in the…