And Moses built an altar and called its name, The-Lord-Is-My-Banner.

The first battle that the Israelites fought after leaving Egypt was at a place called Rephidim. They were camped there, minding their own business, when the Amalekites came and attacked them.

Let me share something powerful with you here. The name “Rephidim” means “resting places.” Israel was literally at a place of rest when trouble came. Maybe you’ve experienced this too. And when times like these come, what should you do? Well, you meet the challenge, my friend!

Now, I don’t mean going into battle with the devil as though Christ has not already defeated him at the cross. No, the real fight is to stand your ground and remain at rest. The enemy wants to wrestle you out of your position of rest, get you into self-effort and get you all agitated, anxious and fearful. But God wants you to remain seated and restful, trusting in Him and the finished work of His Son that has wrought victory over all the works of the enemy.

So don’t get provoked out of your place of rest. Know that the Lord is on your side and with you in the midst of your battle. As you remain at rest in Him, He will give you might and lead you to a glorious victory, as He did that day for the Israelites against the Amalekites! 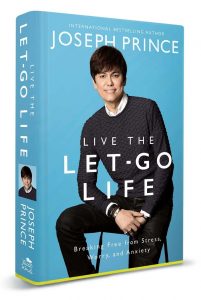 Enjoyed reading this? Find out more in Joseph’s latest book,

Pastor Prince, I have been a Christian since 1983. Even though I was going to church from childhood, I never felt so peaceful and healed until I heard you preach…