I am a pastor of a small church on the Navajo Reservation in Northern Arizona, United States. My wife and I have been married for over fourteen years and we have three lovely daughters. Both of us have been in the pastoral ministry for twelve years.For twenty-four years of my life, I was under legalistic teachings that focused on my efforts to please God. I had never heard about the grace of God except when the pastor or preacher made an altar call for salvation.

It wasn’t until 2008 that the Holy Spirit used Joseph Prince’s ministry to reveal the true gospel of Christ to me and my family, and then to our church. The more we taught about the true gospel of grace in our church, the more we began to see more new converts as well as lives transformed—alcoholics were delivered and there was a miraculous healing of a new convert who had a hole in his heart.

Although we faced opposition and persecution for preaching the gospel of grace, we were encouraged by our church family to continue with the message, because they were finally learning about and hungry for the genuine gospel. We were also blessed with free materials for our new home and an all-expense-paid trip to Israel.

I want to share with you a supernatural healing that took place in my family. My youngest sister was delivered from her deathbed. She had suffered severe, traumatic intestinal injury due to malpractice. Her kidney also failed and she was expected to be on dialysis the rest of her life. She almost died on three occasions during a four-month ordeal in the hospital.
During the entire four months, my family and I held on to what Jesus did on the cross for us through the verses, Isaiah 53:5—“And by His stripes we are healed”—and Jeremiah 32:27— “There is nothing too hard for Him.” It was hard to change our thinking and beliefs especially when the doctors told us they had done all they could. But when one of us became overwhelmed with grief and pain of possibly losing our sister, another would spring up with encouraging scriptures, reminding everyone that by God’s grace, all things were possible!

Her case was the worse this trauma hospital had ever seen. Every surgery done on her was a first for this hospital and her doctors. As a family with my siblings, we prayed like we’d never prayed before for God’s supernatural healing, faith, wisdom for the doctors, and recovery. My sister did not eat any food for the entire four months. In her second month, even though she was heavily medicated, she received the baptism of the Holy Spirit while we were praying with her.

According to my sister’s doctors, she wasn’t supposed to fully recover, be taken off dialysis and eat normally until a year later in February 2016. However, praise be to God, she recovered and was released four months later in February 2015! She is completely healed and her kidneys are fully functioning!

My sister was also delivered from a sinful lifestyle after knowing how much God loves her. She has experienced the gospel of grace and lives to tell others about how God has saved and delivered her! Praise and glory be to our God! There is nothing impossible or too hard for our God!

Pastor Prince, we thank you for your teaching and preaching of the gospel of grace and the finished work of Christ, as well as the materials you provide. We use them all the time and pass them on to bless others. Meanwhile, I ask for your prayers for a new site to build a new sanctuary where future generations may come to praise and worship God Almighty!

The writer has requested to remain anonymous | Arizona, United States 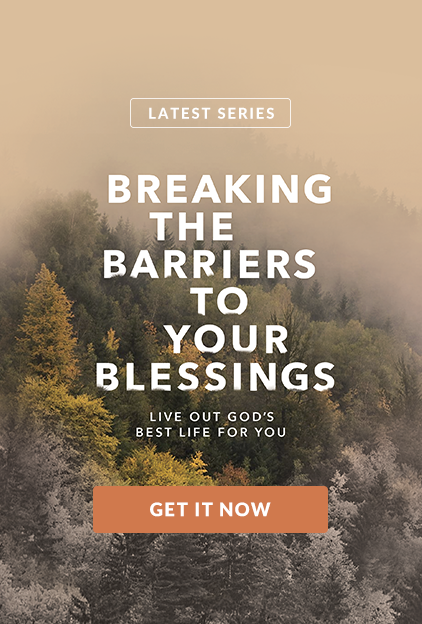 How To Stay Safe From Every Virus | Joseph Prince

I was smoking marijuana every day for almost eight years. I smoked from the moment I woke up and continued throughout the day till the night. It was an expensive…