Are you struggling to see breakthroughs and restoration in areas of your life? My friend, God wants you in a position of rest to receive His blessings! Join Joseph Prince in this three part series and learn why rest is the most powerful posture you can take in life.

When You Rest, He Works

What happens when you become rest-conscious? Let’s look at this secret hidden in the story of how Jesus healed a man who had been suffering from an infirmity for 38 years.

“Jesus said to him, ‘Rise, take up your bed and walk.’ And immediately the man was made well, took up his bed, and walked. And that day was the Sabbath.”

Whatever you need Him to do for you has already been done because Jesus has accomplished all for you.

I asked the Lord why He asked the man to take up his bed. Why not just ask him to rise and walk? And He showed me that the bed is a picture of rest. So what Jesus was actually saying to the man was, “Rise, take up your rest and walk!”

Notice that that day was the Sabbath, the day of rest. Therefore, what God is saying is that when you rest, He works! Isn’t this amazing?

Yet, there was a group of people who were unhappy that the Lord had healed this man.

“The Jews therefore said to him who was cured, ‘It is the Sabbath; it is not lawful for you to carry your bed.’ He answered them, ‘He who made me well said to me, ‘Take up your bed and walk.’’ Then they asked him, ‘Who is the Man who said to you, ‘Take up your bed and walk’?’…For this reason the Jews persecuted Jesus, and sought to kill Him, because He had done these things on the Sabbath.”

The religious people were upset because it was the Sabbath. They saw healing as work. To them, healing the man on a day of rest meant that Jesus was working on the wrong day!

On the day that man rests, God is able to work!

Now, if you had known this man, wouldn’t you ask him, “Hey, what happened to you? How did you get cured?” Instead, the people he met said, “It is the Sabbath; it is not lawful for you to carry your bed.” Look, this man hadn’t walked in 38 years! But the people around him were only concerned that he had carried his bed on the day of rest. This is how legalistic people are. They cannot see the blessings, only the problems.

Your Healing Is In The Rest

Another example is the healing of a woman who was bowed down for 18 years. When Jesus healed her in the synagogue, the ruler of the synagogue, the woman’s “pastor”, said, “There are six days on which men ought to work; therefore come and be healed on them, and not on the Sabbath day” (Luke 13:14).

What was Jesus’ response?

“The Lord then answered him and said, ‘Hypocrite! Does not each one of you on the Sabbath loose his ox or donkey from the stall, and lead it away to water it? So ought not this woman, being a daughter of Abraham, whom Satan has bound—think of it—for 18 years, be loosed from this bond on the Sabbath?’”

Jesus said that her healing came just by being a daughter, a child of God. But some Christians still think that healing is man’s work, not God’s work. They go around thinking, “I’m not doing enough, that’s why I’m not healed.” They cannot believe that healing can be as simple as being at rest in God’s finished work, saying and believing, “Lord Jesus, as You are free from every disease and sickness, so am I in this world.”

Did you know that even the words “healed” and “relaxed” are linked in Hebrew? One of the Hebrew names of God is Jehovah-Rapha which means “I, the Lord, am your healing” (see Exodus 15:26). The Hebrew word rapha not only means “to heal”, but one of its root definitions also means “the relaxed”. So healing comes by being at rest, not by working. Jesus’ death has given us life and wholeness.

>>Read Why You Should Learn To Rest Part 3/3 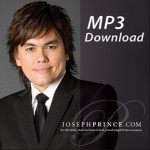 Rest Is The Promised Land Of The Believer 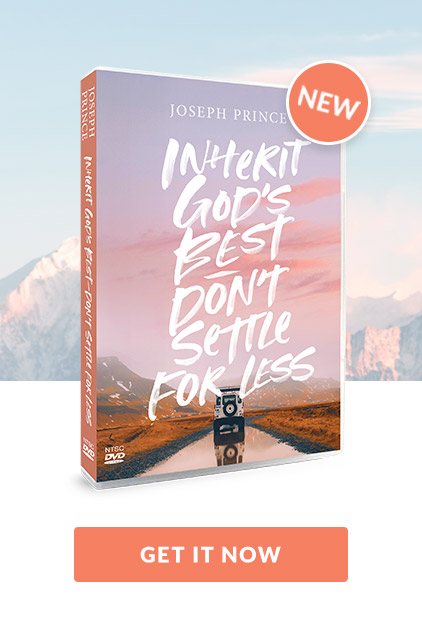 Joseph Prince - The Lord Of Time And Space—Part 2

During the recent Christmas service on the 23rd of December, you asked us to prepare three prayer requests for 2013 when we meet for service the following week. To be…