I had been working for a company on a two-year contract. When my contract was coming to an end, my boss and I discussed the possibility of an extension within my department. He sent out a request to the senior management overseas. We were on a tight schedule to secure the position as I had only a month left till my supposed last day.

Three weeks and many phone calls later, the situation was not looking good. The senior management still had not given a response despite my boss’s efforts to push for an approval. There was a freeze in hiring within the company due to the COVID-19 pandemic. Nonetheless, I continued to hope and pray that God would somehow provide and make a way.

Six days before my last day, my boss told me that he was discouraged and that it was highly unlikely the senior management would give an approval. He even advised me to return to the office and pack my belongings. Hearing this, I felt worried and anxious.

Immediately, I went to JosephPrince.com and read a testimony that was similar to my situation. I was also introduced to the message, “Worship with the Psalms of David and See Good Days.” I listened to it that afternoon and took in every word Pastor Prince preached, especially when he said God was opening doors in the midst of my situation.

I also meditated on Psalm 23 and praised the Lord by singing hymns. I knew Jesus was made poor on the cross so that I could be well provided for, and that my heavenly Father wants to provide the best for me.

Three days later, I received another call from my boss. He told me that the senior management had given the approval the night I last spoke to him! Furthermore, instead of an extension, they offered me a permanent role in the department.

Even my boss was surprised and said that I was “lucky.” However, I knew it was all because of God, my provider. Truly, God is so good and His faithfulness endures forever. Because He is my Shepherd, I shall not lack.

Thank you, Pastor Prince, for your messages of grace that constantly reveal the Lord’s goodness in our lives. 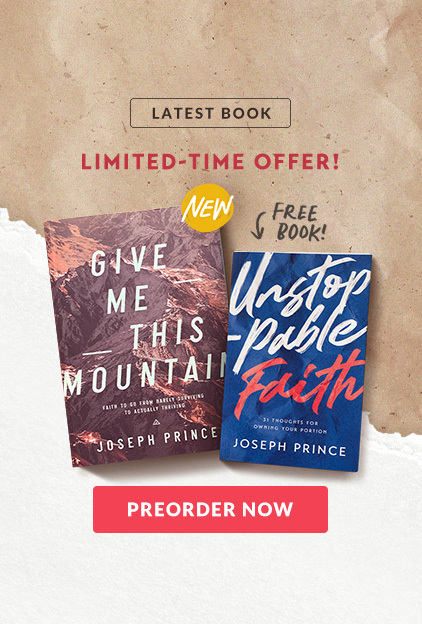 Pastor Prince, my daughter made plans with two of her female friends from church to travel throughout Europe and Greece in July 2016. Even though our family and friends had…